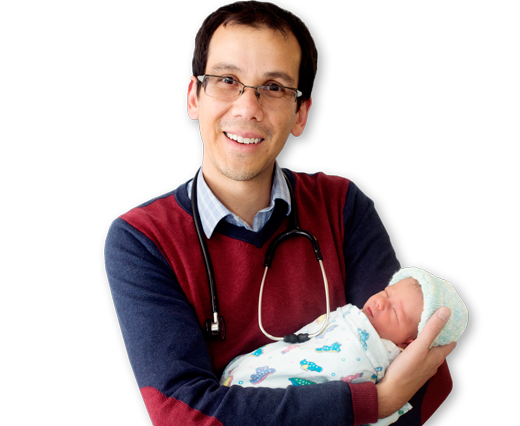 In collaboration with our Paediatric Specialists, Southside Kids provides an outpatient paediatric clinic supported by a team of Allied Health professionals and friendly Administration staff. 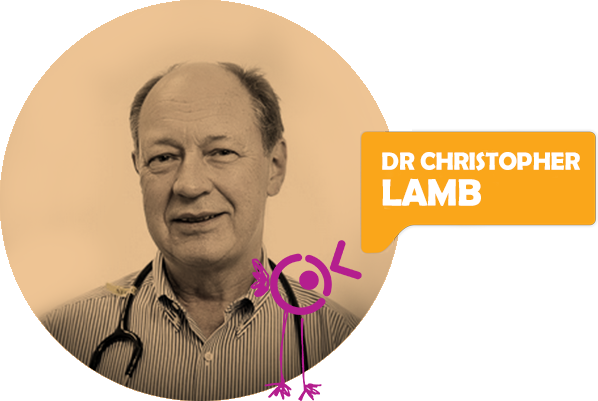 Dr Lamb is an experienced general paediatrician who see children from ages 0 – 18 years. He has a background in development and behavioural paediatrics but he also sees children with medical problems. Dr Lamb has been involved in research in a number of multi-centre research projects on ADHD. Dr Lambs interests include bushwalking, tennis, linguistics, non-superhero movies and giving himself over to a good novel. 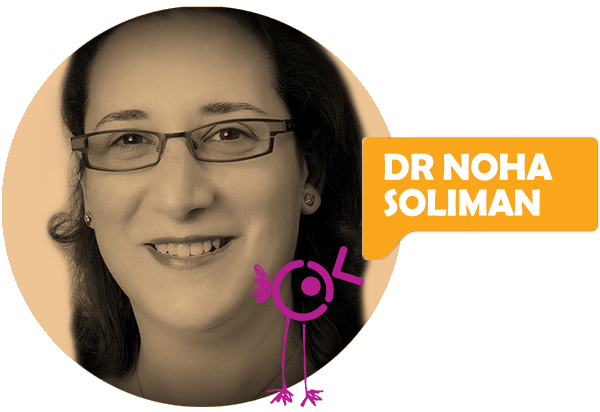 Dr Soliman was admitted to the fellowship of the Royal Australasian College of Physician in 2013. She combines both private and public work. She is a staff specialist at Flinders Medical Centre.

Dr Soliman has been practicing in South Australia since 2005. She completed her medical degree in Cairo. After she moved to Adelaide, she developed a passion for Paediatrics to care for children and their families. Dr Soliman has been working in Paediatrics since 2007 and undertook her training at Women’s &  Children’s Hospital, Flinders Medical Centre, Lyell McEwin and Port Augusta Hospitals.

Dr Soliman is a one of the foundation members of the Academy of Child and Adolescent Health (ACAH) promoting the health and wellbeing of every child and young person. She is also a member of the Australian and New Zealand Academy for Eating Disorder (ANZAED) and  an active member of the State-wide Paediatric Clinical Guidelines reference group (SAPCG). 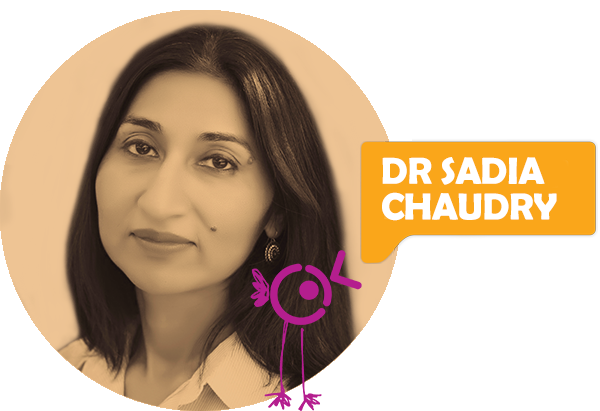 Sadia is a highly skilled General Paediatrician with over 14 years of experience managing a wide range of complex acute and chronic illnesses that effect children in various sub-specialties such as endocrinology, cardiology, nephrology, neonatology and others. Her warm and easy demeanour makes her an ideal doctor to approach for discreet, trustworthy and highly competent consultations regarding children.

Graduating from her medicine degree in 1996, she has a four-year fellowship in general paediatrics from Pakistan followed by a six-year fellowship as a General Paediatrician from the Royal Australasian College of Physicians. She is currently working at Adelaide Youth Training Centre and Mount Gambier Hospital. 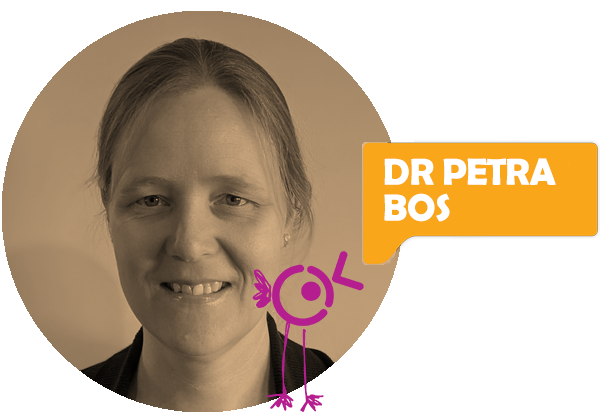 Petra is a General Paediatrician, holds a PhD and is a mother of two young children. She was educated in the Netherlands, but her PhD brought her to Australia via the UK and she made Adelaide her home, completing her Paediatric training program here. She has over 15 years’ experience as a doctor, working in a variety of different hospitals and community settings, including Flinders Medical Centre, the Women’s and Children’s Hospital and the Lyell McEwin Hospital as well as hospitals in the United Kingdom and The Netherlands.

Completing a goal she has held since her own childhood, she was admitted to Fellowship of the Royal Australasian College of Physicians and has been working as a consultant paediatrician at Flinders Medical Centre. She also has a passion for teaching and education and is currently the Deputy Director of Clinical Training for the Southern Adelaide Local Health Network. In both her roles at Flinders Medical Centre she spends a significant portion of her time teaching medical students and junior doctors as well as paediatric trainees.

As a mother of two young children, Petra empathises with the demands placed on families today. She has moved countries several times and has a good understanding of cultural diversity and the impact on each family. Her patients praise her for her caring nature and her attention to detail. She is empathetic and thorough. She is a strong believer in the importance of shared decision making with parents and children if age appropriate.

Aabha is an experienced General Paediatrician who combines work in the public sector at Flinders Medical Centre and the private sector at Southside Kids. Aabha has a special interest in developmental/behavioural problems in children and offers specialised assessments for developmental disorders such as Autism Spectrum Disorder.

Garth is a specialist in General Paediatrics who cares for children from the neonatal period through to 18 years of age. He combines evidenced based medicine with a pragmatic approach that relies on shared decision-making to achieve the best outcomes.

He enjoys supporting families when managing significant life changes that come with being a parent, particularly difficulties with infant and early years feeding, sleep and difficult behaviour. He has a special interest in paediatric gastroenterology and assisting children of all ages with concerns around growth.

As a member of the Neurodevelopmental and Behavioural Paediatric Society of Australasia and the Royal Australasian College of Physicians, Garth has clinical expertise in the diagnosis and management of conditions that include:

Garth cares for premature and term infants at several private hospitals in Adelaide. He also works in the Northern Regional Paediatric Unit in Port Augusta addressing the health needs of children in rural and remote communities in South Australia. 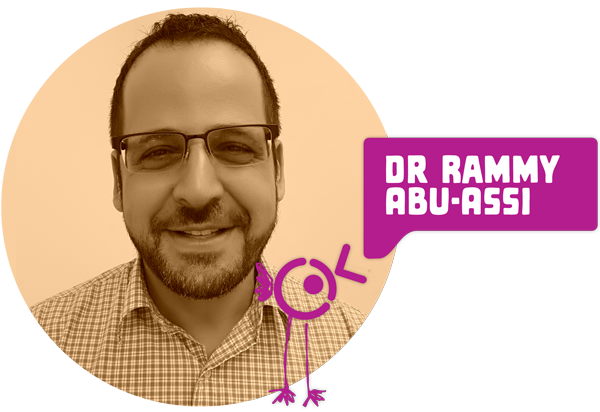 Dr Rammy Abu-Assi is a Paediatric Gastroenterologist who deals with all facets of illnesses related to the gastrointestinal tract, liver and nutrition. He was born in Darwin and came to Adelaide to undertake a medical degree at the University of Adelaide which was completed in 1996. Then went on and undertook paediatric speciality training at the Women’s & Children’s Hospital, subspecialising in gastroenterology. As part of his training he completed a one year fellowship overseas at the Hospital for Sick Children in Toronto, Canada. Furthermore, he has been awarded a PhD at the University of Adelaide for his research work in the epidemiology of inflammatory bowel disease (Crohn’s disease and Ulcerative colitis) in Australian children. He is trained to undertake endoscopic procedures in children, and works at the Women’s & Children’s Hospital.

He is married with two children, and thus understands the impact that a child’s illness can have on their own health, development and education, as well as the rest of the family. 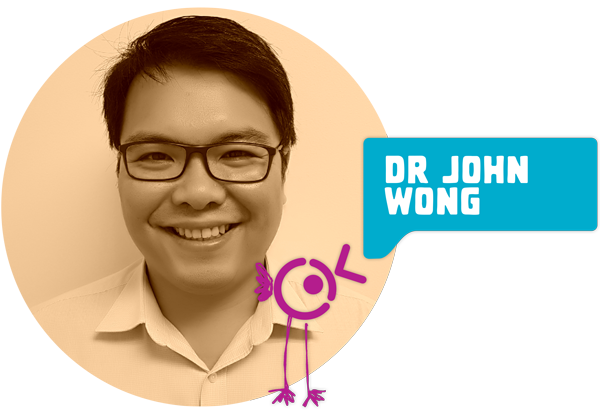 Dr John Wong is the only Paediatric Respiratory and Sleep Physician that is working privately in South Australia.   After graduating from the University of Adelaide in 2005, he commenced Paediatric training in 2007 and sub specialised in Paediatric Respiratory and Sleep Medicine at the Women’s and Children’s Hospital.  In 2011 he moved to Melbourne and worked as the Respiratory Fellow at the Royal Children’s Hospital. He also actively participated in research activities with the world renowned Australian Respiratory Early Surveillance Team for Cystic Fibrosis (AREST-CF) program and completed a PhD with the University of Melbourne.   With his research experience he has been invited to speak both in national and international thoracic society conferences.

John moved back to Adelaide with his family in 2013 where he received his Fellowship in Paediatrics subspecialising in Paediatric Respiratory and Sleep Medicine from the Royal Australasian College of Physicians in 2014.  He is also actively involved in medical teaching providing training and education to general practitioners and also paediatricians in training.

He has 3 young children to keep him busy and is also long-suffering Liverpool FC supporter. 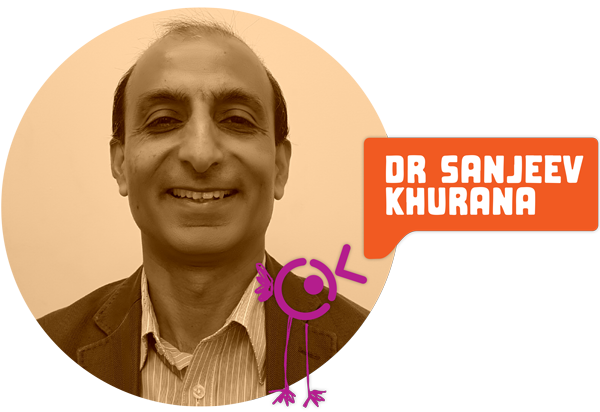 Dr Sanjeev Khurana is a Paediatric Surgeon and Urologist based at both – Women’s & Children’s Hospital as well as Flinders Medical Centre since 2006. Sanjeev is also one of the co-founders of ‘Danny’s Place’ – South Australia’s only provider of holistic care for children with obesity related problems.  Besides looking after routine surgical problems in children, Sanjeev’s major interests include gastrointestinal problems such as gastro-oesophageal reflux, gallstones, Hirschsprung’s disease, anorectal anomalies and chronic constipation. Sanjeev also routinely manages all forms of urological problems in children (except bladder extrophy).

When Sanjeev is not busy with work he enjoys his team sports like AFL, Cricket and enjoys playing Squash.

Cathy is an Australian trained General Paediatric Surgeon who worked as a Consultant in London for over 12 years. On returning to Adelaide in 2008, Cathy began consulting at FMC and  then from 2010 at The Women’s and Children’s  Hospital as a senior Visiting Medical Officer in Paediatric Surgery. Cathy’s interests include all general paediatric surgery but especially neonatal surgery . Cathy can provide antenatal counselling for all nonurological paediatric surgical conditions. Cathy enjoys spending time with her two grown daughters and two boisterous dogs. 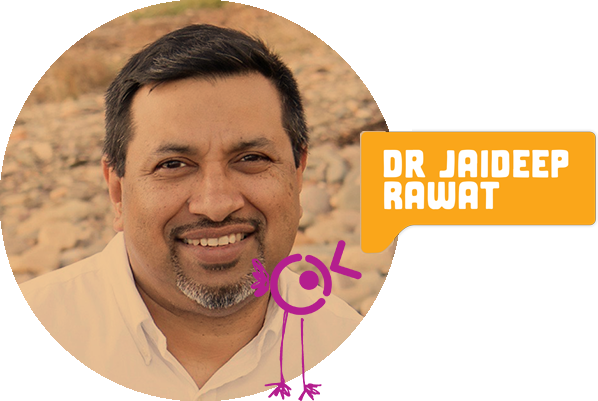 Dr Jai Rawat is an Orthopaedic Surgeon who has specialised in Paediatric Orthopaedics and works at the Women’s and Children’s Hospital and at Flinders Medical Centre. He completed his FRACS in 2012 and is a fellow of the Australian Orthopaedic Association.

Emma is a Paediatric Speech Pathologist and an Autism SA accredited Autism Diagnostician. She completed her Bachelor of Speech Pathology at Flinders University and is currently studying a Graduate Certificate in Autism Diagnosis at the University of Western Australia. As well as working at Southside Kids, Emma also works in the Child Development Unit at the Women’s and Children’s Hospital. She is a member of Speech Pathology Australia and Hanen. Emma is committed to her professional development and has trained in a number of areas, including Autism Diagnostic Observations Schedule (ADOS), Key Word Sign and Hanen More than Words.

Emma is passionate about providing comprehensive Autism diagnostic services with individuals whilst supporting those individuals and their families throughout the diagnostic process. She has a particular interest in the assessment of girls. Emma is an experienced therapist who is passionate about social communication development. She also has knowledge and experience with the National Disability Insurance Scheme (NDIS) and will work with families to set relevant goals. She provides families with individualised recommendations and therapy programs.

Sandy is an Australian registered Accredited Practising Dietitian with over 7 years’ experience in a variety of different settings. Sandy is passionate about helping people and providing practical and accurate advice. Sandy’s focus areas include paediatric medical and general surgical conditions as well as adult lifestyle conditions and sports nutrition.